Creating “pollinator gardens in a box” at the FWG 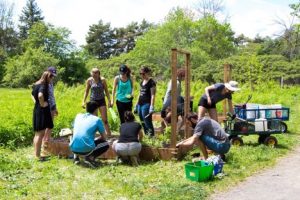 What: Partnership between Friends of the Earth, University of Ottawa, and Fletcher Wildlife Garden

When Friends of the Earth told us about their project to plant pollinator beds at some Ottawa Community Housing (OCH) locations and asked if we’d like to set up demonstration plots as well, we leapt at the chance.

For us, the project started back in February when students from Ottawa U, another partner in the activity, came to the FWG to help pot up sprouts of native wildflower species we wanted to grow for our annual plant sale. They returned a month later to help again and to hear from a colleague, Carol McLeod, about how she created a pollinator bed at Lansdowne Park.

In May, the students helped build three large raised beds, filled them with soil, and planted some of the now-large plants they had helped start months earlier. Others were planted at the OCH gardens.

Although the OCH pollinator gardens were at ground level, we opted for raised beds at the FWG for several reasons:

Even though perennials are usually unspectacular in their first year, the beds were a success. Most of the plants flowered and the Black-eyed Susans, Nodding Onion, Wild Bergamot, and Great Lobelia certainly attracted bees. We didn’t have to water – mainly because of the frequent rain in spring and early summer this year, when the plants were getting established. Some weeds grew in the boxes, but we left things like Lamb’s Quarters and grasses. The Butterfly Weed seeds that we planted did NOT come up – a disappointment, but to be expected.

The OCH gardens were also a success, although maintenance was required there, as they were exposed to more weedy species. In July, weeds had completely taken over several beds and had to be carefully removed to uncover the perennial wildflowers, which were slower growing.

This project was funded by TD Canada Trust. It was managed by Friends of the Earth Canada, who partnered with Ottawa Community Housing, the Fletcher Wildlife Garden, and the University of Ottawa.

Photos and names of plants

Note: We were delighted to see that most of these perennials bloomed in the first year, although many were later than “normal.” The aim is to have one or two species blooming at any time during the season – every gardener’s dream, but difficult to do. 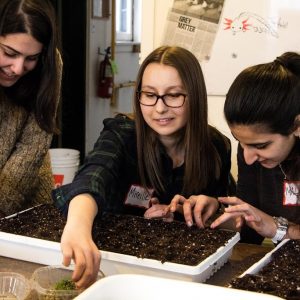 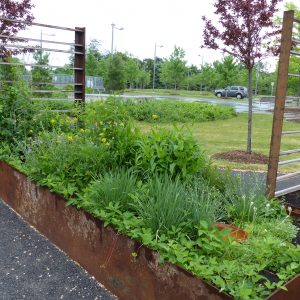 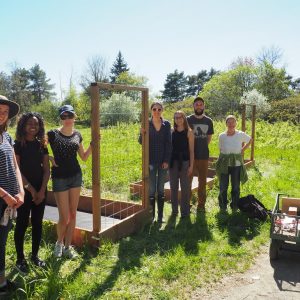 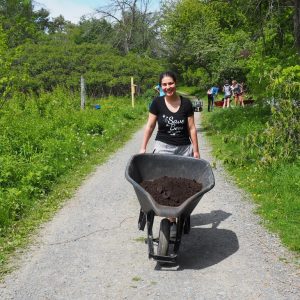 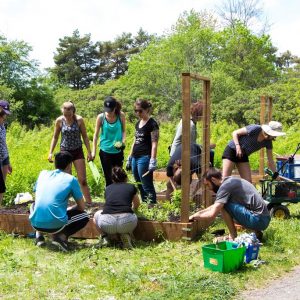 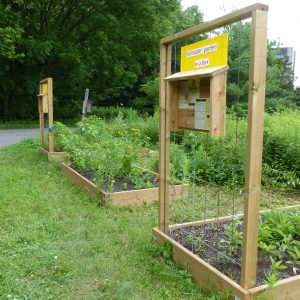 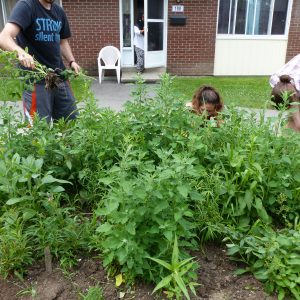 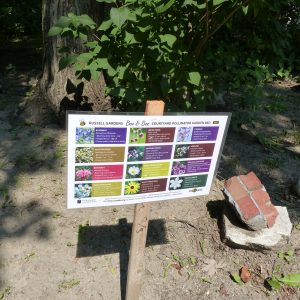