by Renate Sander-Regier and Sandy Garland, photos by Amy MacPherson 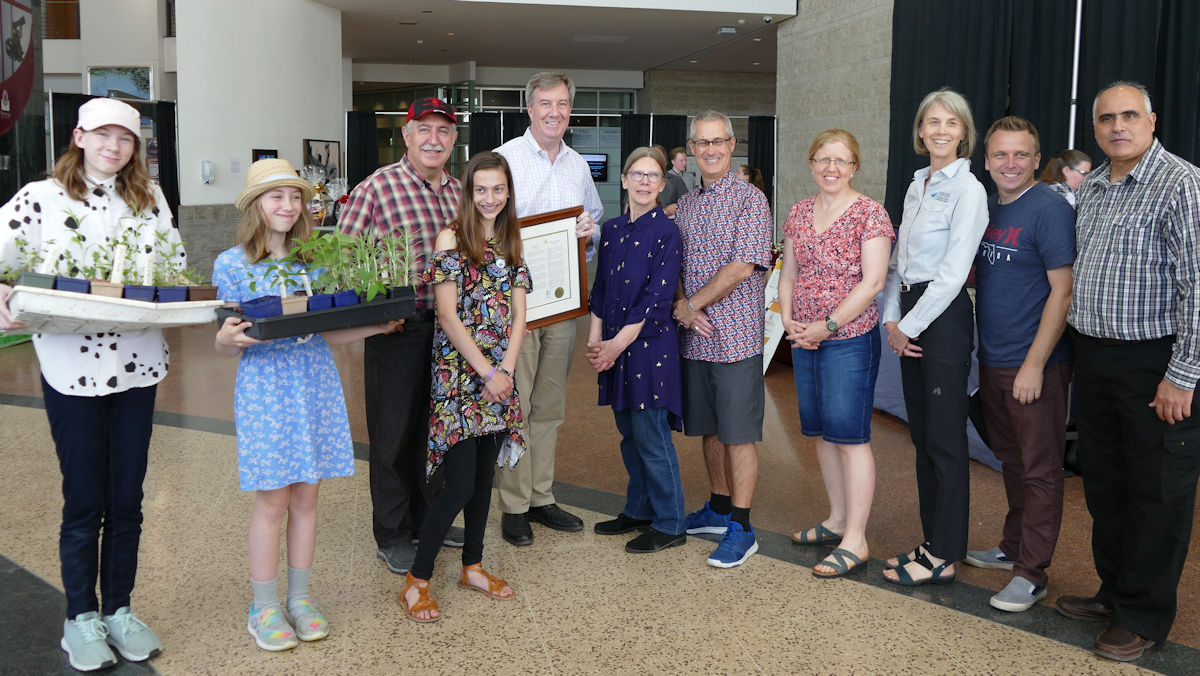 In return, the FWG became the keeper of the proclamation, which is on display at its Resource Centre. 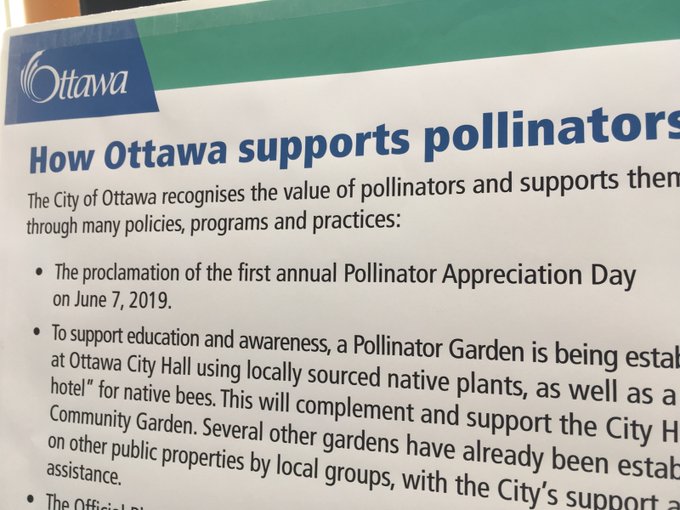 Wild Pollinator Partners was delighted to participate in this event and to contribute to the city’s promotion of our native pollinators. As the city says on its web site: “We need pollinators! Pollinators provide essential services to farmers, gardeners, and natural ecosystems. Globally, over 75 per cent of food crops depend on pollination by animals. Locally, our pollinators include hundreds of species of native bees, flies, butterflies and moths, beetles, ants and even some birds.”

Ottawa is encouraging residents to 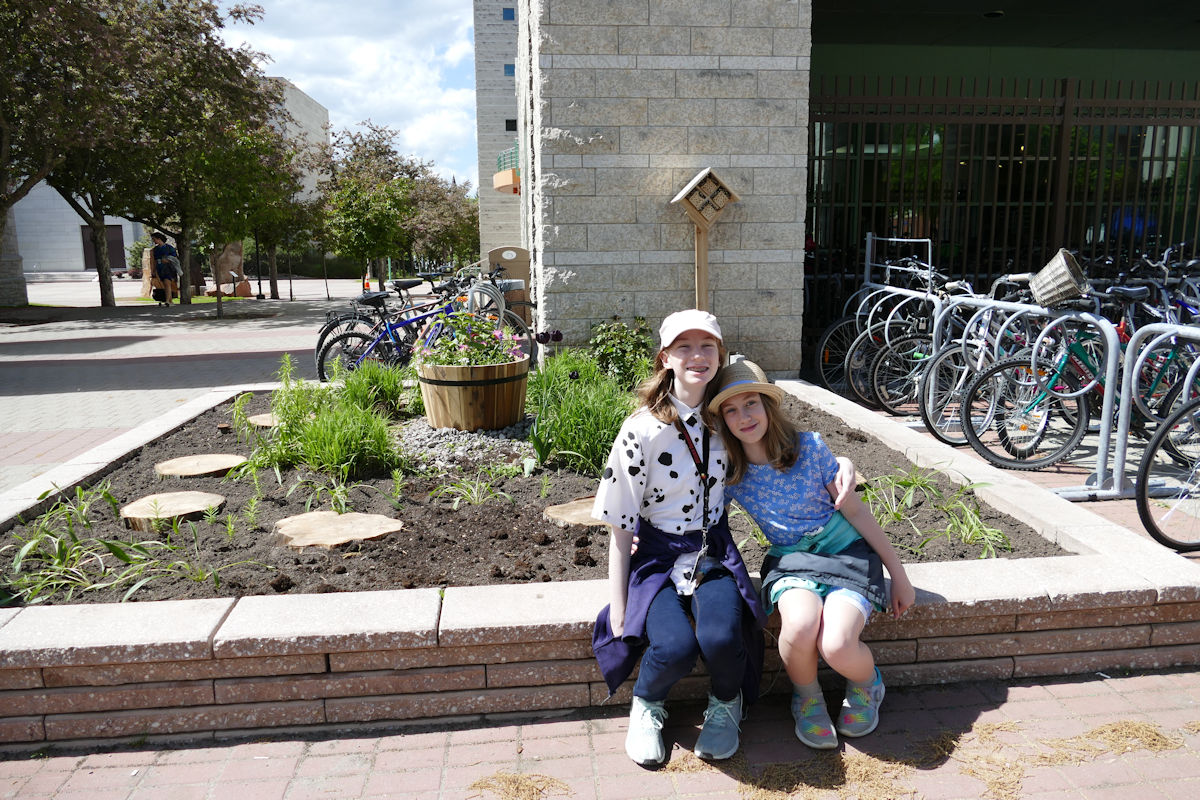 The city’s new pollinator garden is on the Lisgar Street side (south-facing side) of City Hall. Forestry contributed “stepping stones” made of slices of ash wood and the garden also features an insect hotel that Rowan (right, with her sister Tessa) helped to make. 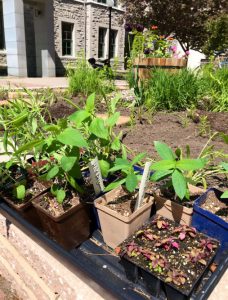 Additions to the city’s pollinator garden, donated by the Fletcher Wildlife Garden.

Wild Pollinator partners also participated in the Rural Expo taking place in Jean Piggott Hall and on the Laurier side of City Hall the same day. We talked with a steady stream of visitors, all of whom were interested in helping pollinators. We gave some advice, learned some new information, gave away some seedlings, made some new connections, and generally had a great time.