The Canadian Wildlife Federation (CWF) and National Capital Commission (NCC) have embarked on an ambitious project to plant large areas of roadsides and rights-of-way with native wildflowers and grasses. Today (27 June 2019), I got to witness the start of one of them.

The location is on the Étienne Cartier Parkway near where Green’s Creek empties into the Ottawa River. The site was chosen and plowed last fall and signs were erected to designate this as a “Restoration Area.” It was replowed recently – to break up the sod layer – but no further steps were taken. 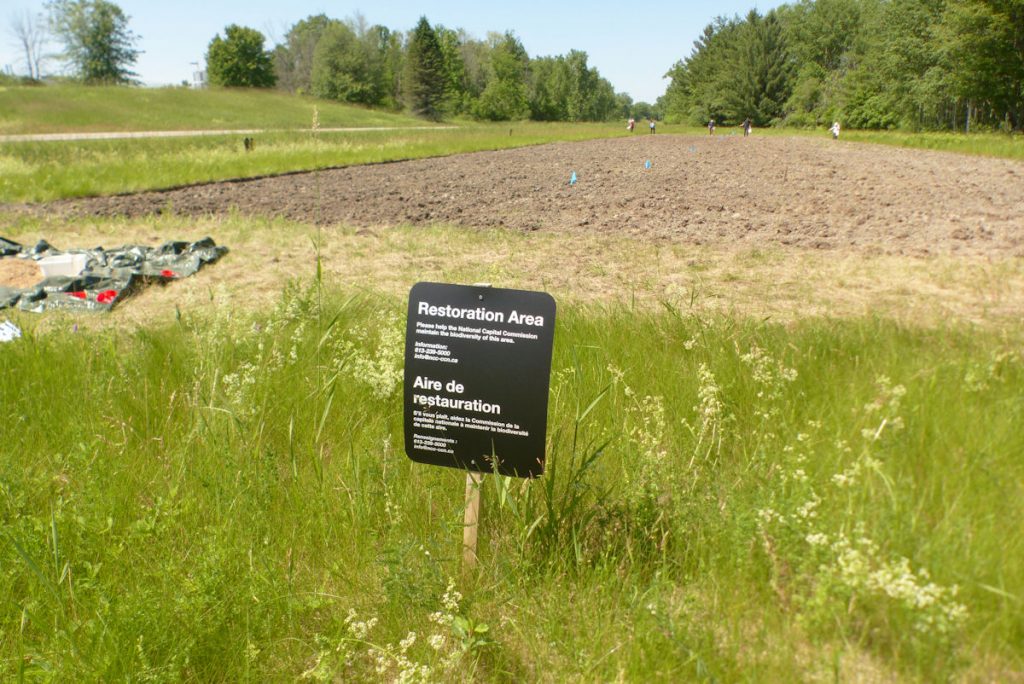 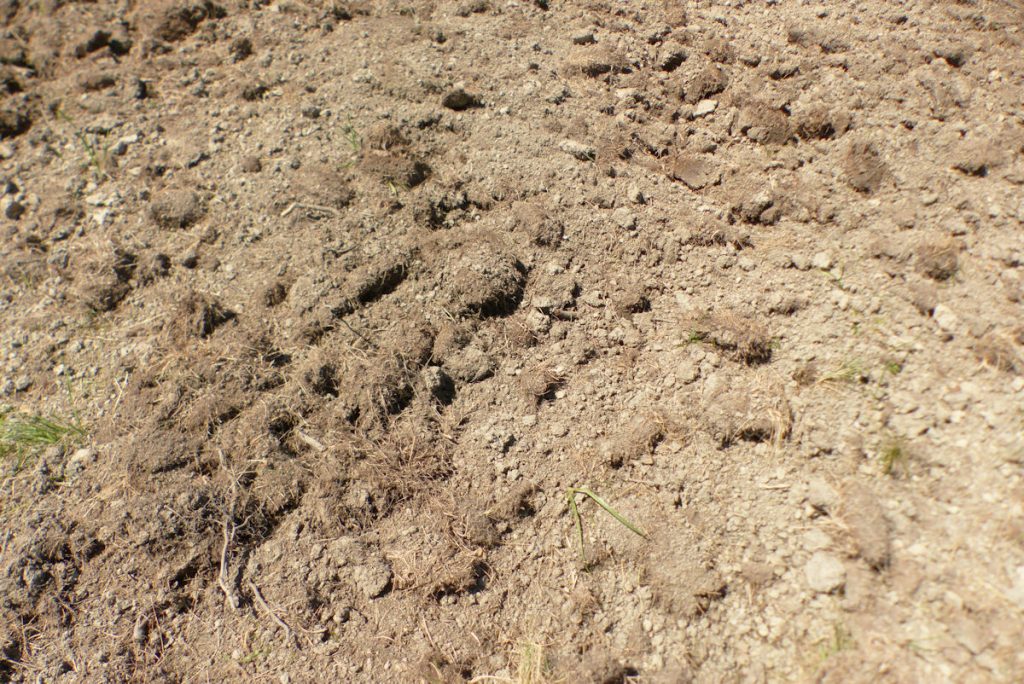 CWF employees, Carolyn Callaghan and Holly Bickerton, have spent months preparing for these projects. In addition to extensive research, they attended a conference on roadside habitat in Chicago in February and held a workshop here in Ottawa in April. At the latter event, which was cosponsored by the NCC, local organizations presented similar projects and compared notes on technical issues.

Back at Green’s Creek this morning, Alex, who works with the NCC, arrived with the seeds, and we all introduced ourselves – Sam and Paul (CWF interns), another Sam (CWF bat program), Holly, and me. 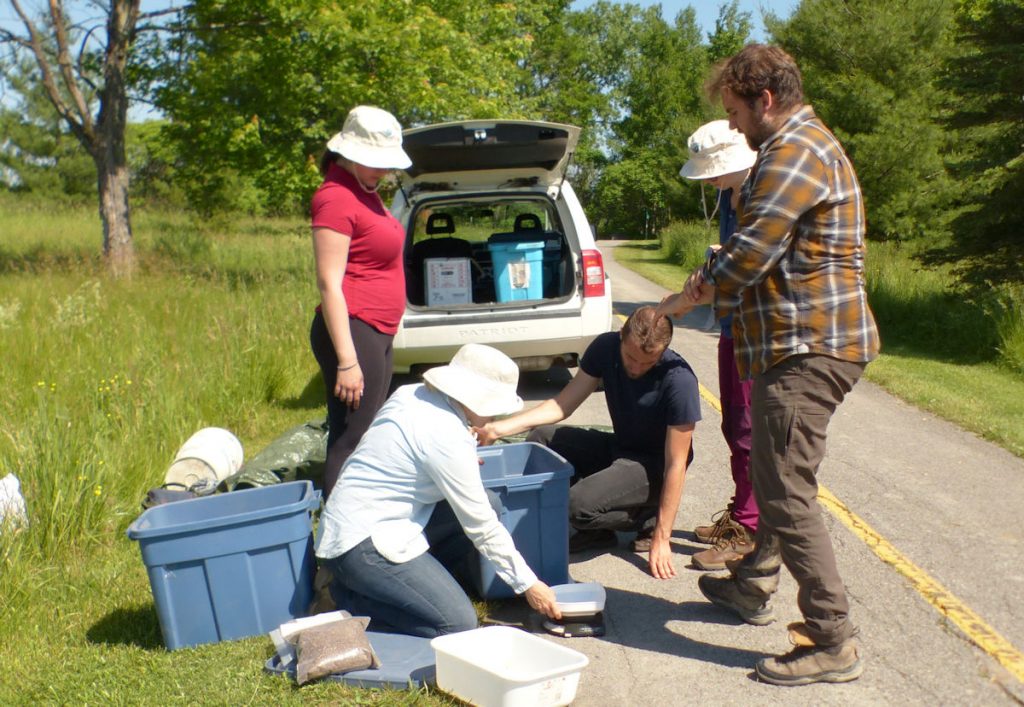 Weighing seeds to get the right proportion of grasses and wildflowers. L to R: Sam, Holly, Paul, Sam, and Alex.

Also carefully planned in advance, the grass and wildflower seeds were mixed in the proportion 60:40. Because most of the grass seeds are bigger than most wildflower seeds, this disparity is not as big as it sounds if you think in number of seeds. Millet (a non-native grass) was added as “filler” to make the seeds easier to spread and help surround and support the young seedlings as everything starts to grow. Millet is not winter-hardy, so will only be around this year. 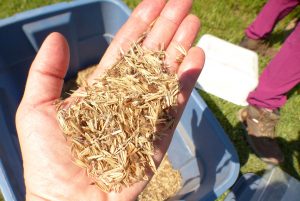 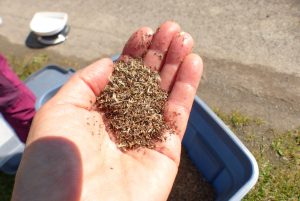 The hope is that enough of all the species will become established to the point where they self-seed – making thicker masses of flowers next year and gradually spreading into adjacent areas.

Alex used flags to lay out a grid. The idea was to walk down the length of the field, trying to ensure that only half your bucket of seeds was used up at the mid-point. A second pass would be made across the width of the field to ensure that seeds were spread as evenly as possible. 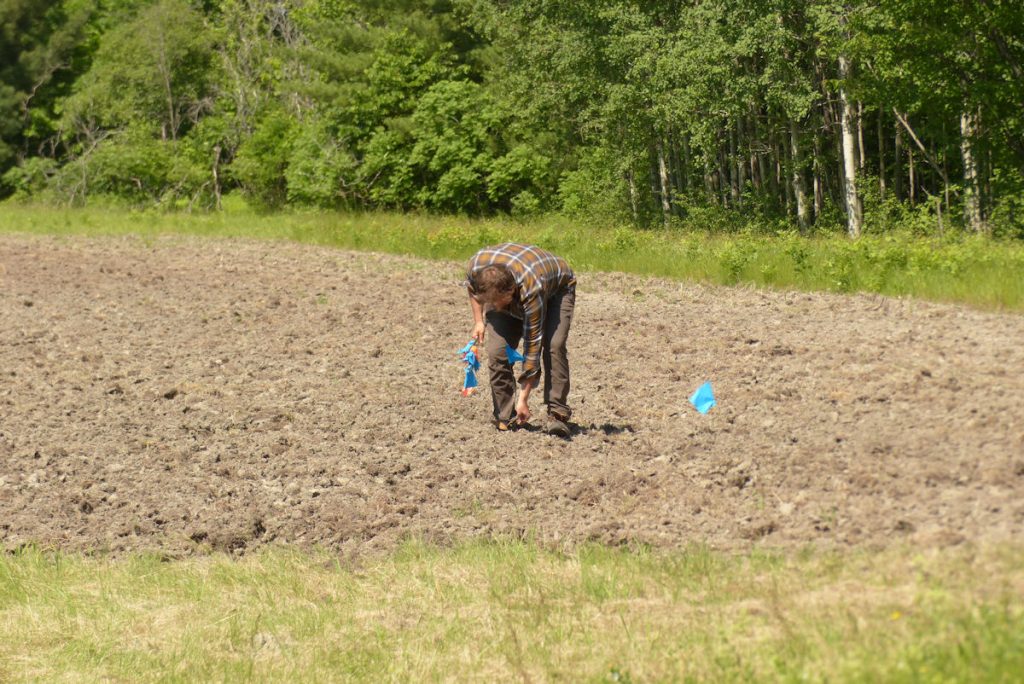 A line of flags up the middle of the field in both directions kept seeders on course and allowed them to check the number of seeds left at the halfway point. 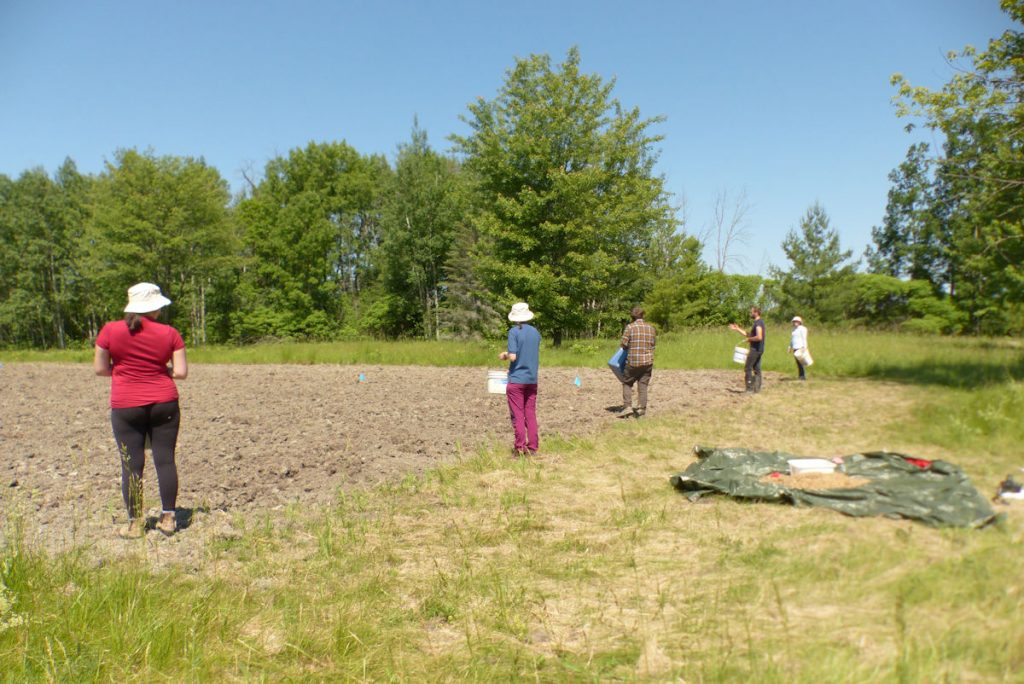 This is the last of four areas chosen for this project. Other sites are two roadsides in Lanark (0.25 ha) and a Hydro One corridor near McCarthy Woods (1.75 ha).

WPP donated a small number of seeds and seedlings to this important project. We are eager to see which ones do best under these conditions, as success here could mean widespread planting of native plants along roadsides and hydro corridors throughout our region.

In October 2022, the meadow is full of plants. Many are non-native invaders, such as Queen Anne’s Lace, Alfalfa, and clovers. However, I did see New England, Heart-leaved, Flat-topped, and Panicled Asters, Virginia and Canada Wild Rye, lots of Indian Grass, Big Bluestem (and possibly Little Bluestem), Virginia Mountain Mint, Blue Vervain, Evening Primrose, a few Common Milkweeds, and a cinquefoil. 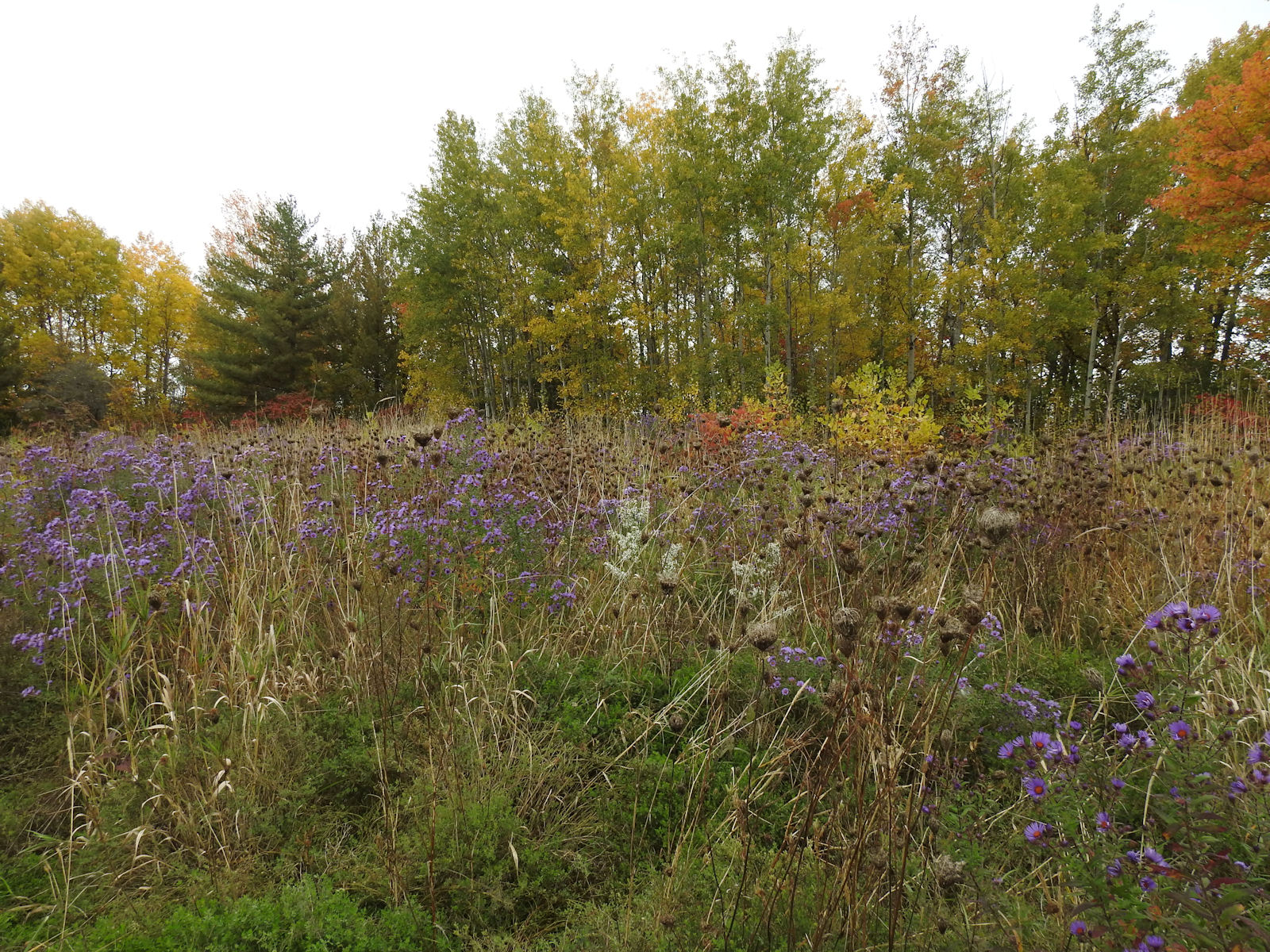 See also, the CWF’s blog post on planting another site as part of this project: Recipe for a native meadow