The other day, Berit sent me a photo of a bumble bee carrying another one. She wondered about this behaviour: why? how? 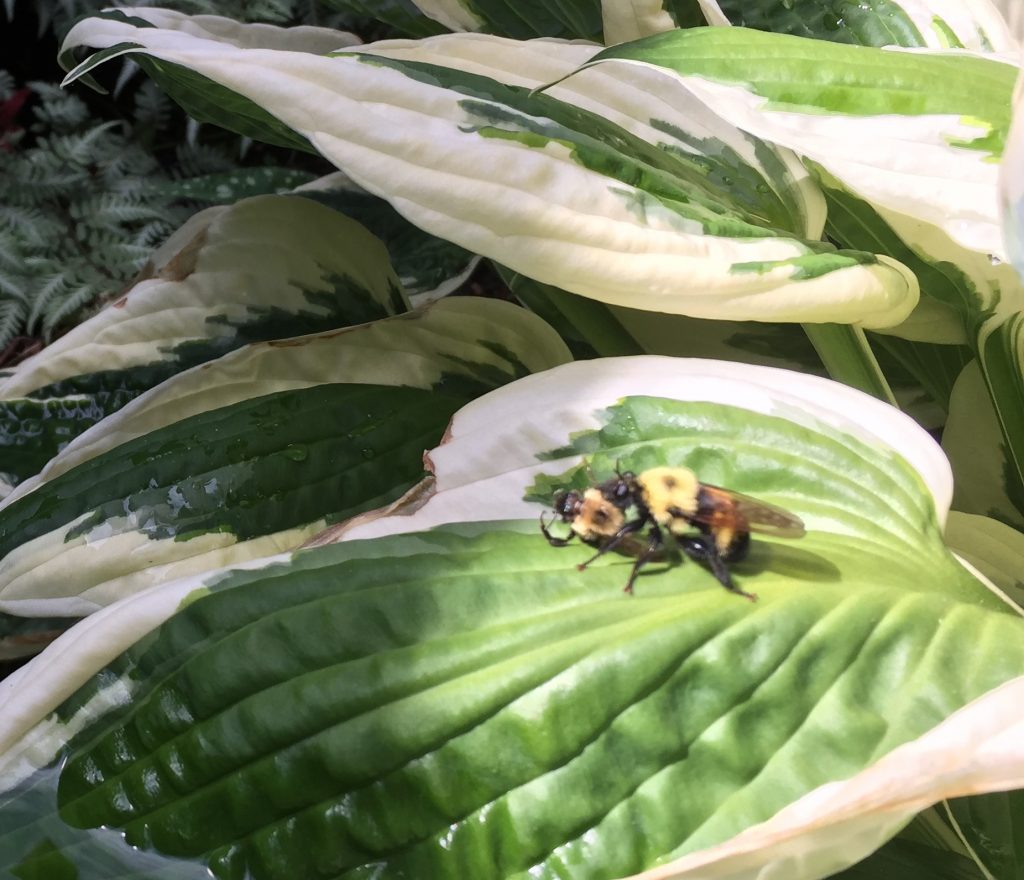 She wrote: “I saw what looked like a queen bumblebee holding and flying around with another bee (see cropped photo above). I’ve read about workers being booted out if they lay their own eggs (unfertilized eggs to become males), but that happens later in the summer.
“I’ve also read about cases where a late-emerging queen that can’t find a suitable nest site will try to usurp an existing (small) nest. In my picture, the bee being held underneath didn’t seem large enough to be another queen.
“They definitely weren’t mating either because it’s the wrong time and the wrong positioning.”

I posted her cell phone photo on Facebook, in the Insects and Arachnids of Ontario group, and was astonished at the response. This was not a bumble bee at all! It was immediately identified (by Brian Robin – thanks!!) as a robber fly.

Jeff Skevington (an entomologist at Agriculture and Agri-food Canada) added: “The robber fly looks like Laphria thoracica to me. They use their camouflage as protection from predators but also in a more aggressive way to hunt bumble bees. Nice that you got to see this!”

Try Googling Laphria thoracica and you will be amazed at how much this fly looks like a bumble bee. In the photo below, you  can see that the robber fly’s eyes are too large for a bee, and I assume it has quite different mouth parts, but those are not features easily seen while these creatures are flying around. 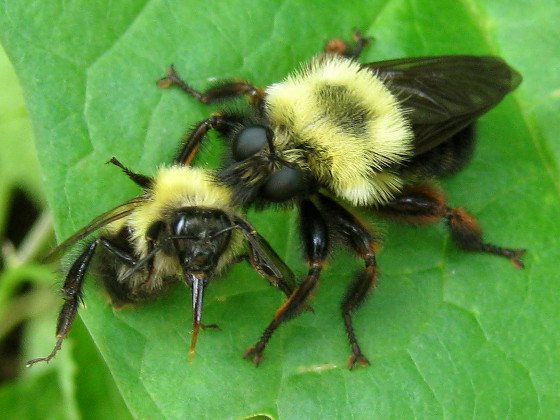 Kudos to Berit for her observation skills and quick work with her cellphone camera.

P.S. The day after we published this post, Renate reminded me that Renée de Vry had sent us a similar story last year: Big-eyed bumble?