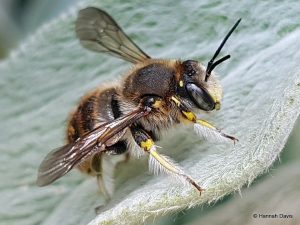 On  30 June, Berit Erickson emailed to ask about a very aggressive bee that seemed to be guarding one patch of her garden. She had identified it as a European Wool Carder (Anthidium manicatum), but wondered about its behaviour.

“I am seeing more male wool carder bees in my garden this year. The males seem to be chasing other bees away from flowers, as well as battling each other.”

As the name suggests, these bees are not native here, but they have become quite common. Coincidentally, a few days later, Hannah Davis posted a photo of the same species on Facebook (above right). As Hannah pointed out, “These bees scrape the hairs off plants like lamb’s ears to make their nests.”

According to Heather Holm (Bees: an identification and native plant forage guide, p. 73), there are four species of wool carders in eastern United States and Canada. The two introduced species – Anthidium manicatum and A. oblongatum – are the most common ones in our gardens. Anthidium manicatum was introduced to pollinate commercial crops and has spread across the continent (Holm, Pollinators of native plants, p. 127). Apparently, it is an efficient pollinator.

Holm says, “Male A. manicatum are territorial and establish a perch from which they fly and, using the spines on the end of their abdomen, combatively drive off any competition entering their territory.”

Meanwhile, the smaller females visit the defended territory to collect plant hairs with their mouths. Like their “cousins” in the Megachilidae family – leafcutters and mason bees – they build an elaborate nest using collected material. They may build a nest anywhere they find a suitable cavity, using plant fibres to fashion cells into which they deposit an egg along with nectar and pollen.

Wool carders have yellow spots down their sides, they can hover in the air like flies. Males are the size of a worker bumble bee; females are smaller. They visit a wide range of flowers to gather nectar and pollen. They have no sting. According to our colleague, Christine Hanrahan, “Their population is not big enough for them to be a deterrent to native bees.” 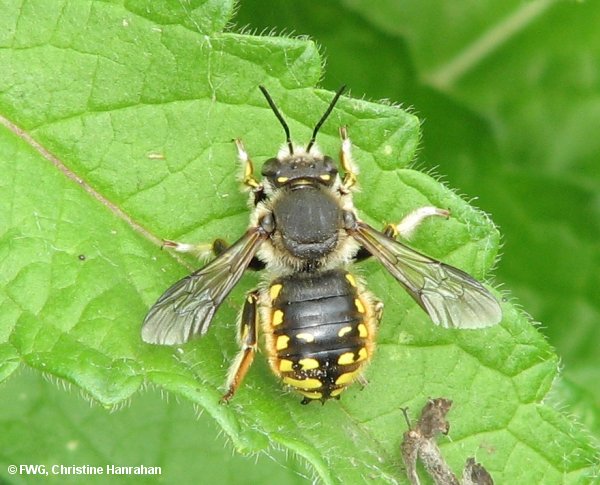 Follow up: On 17 July, Berit sent us this photo of fuzzy plant leaves (possibly Artemesia) showing how fibres have been scraped off and formed into balls by a female wool carder bee. 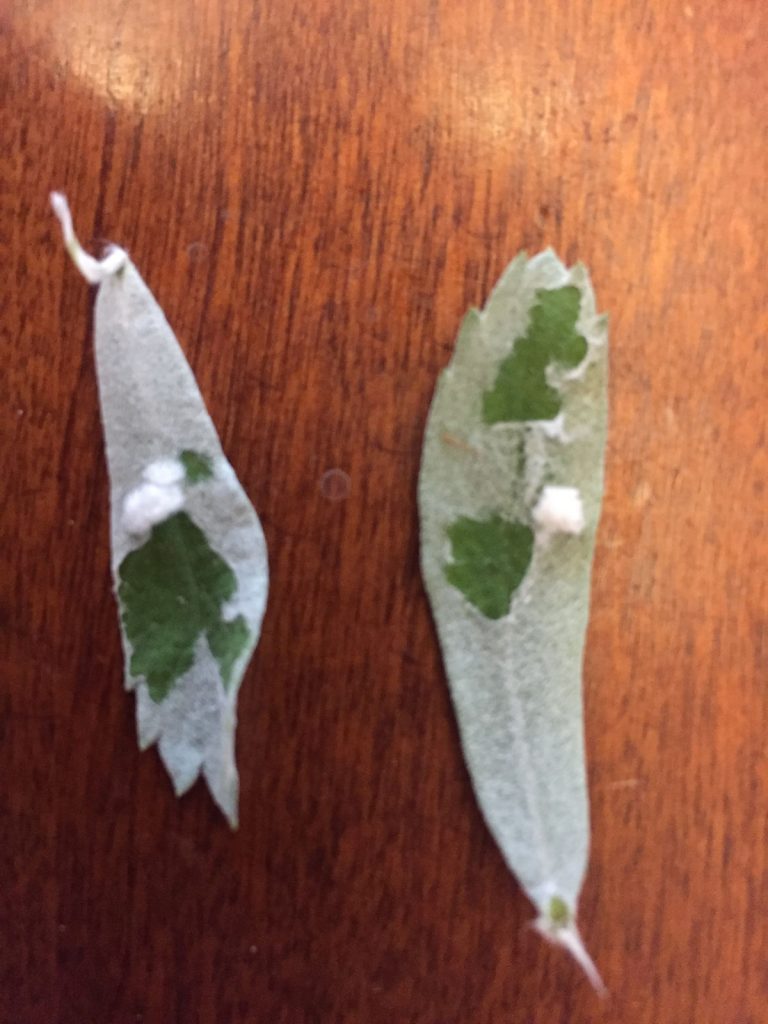