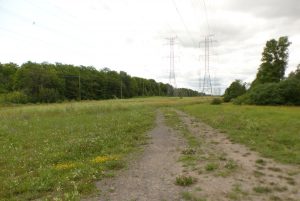 Last Sunday (14 July 2019), I discovered a beautiful meadow of wildflowers – native and non-native – in the large hydro corridor crossing McCarthy Road south of Walkley. Turns out, this is another right-of-ways for pollinators project of the Canadian Wildlife Federation in collaboration with Hydro Ottawa.

In terms of insects, invasive species were also present: Japanese Beetles seemed to be on everything and I found a few honeybees, even though no farm is near this area.

Below are some of the photos I took of the area and its denizens. I submitted clear photos of polllinators to iNaturalist and will add any confirmed identifications as I receive them. 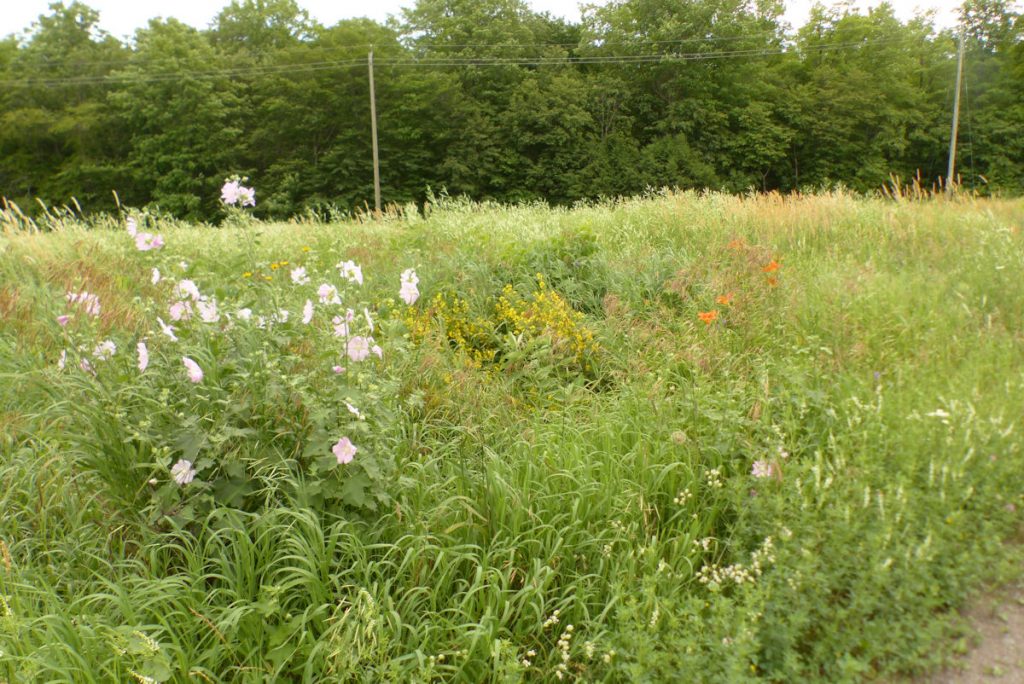 Toward the McCarthy Road end of the trail, garden plants, such as Mallow, Daylilies, and garden loosestrife, can be found. 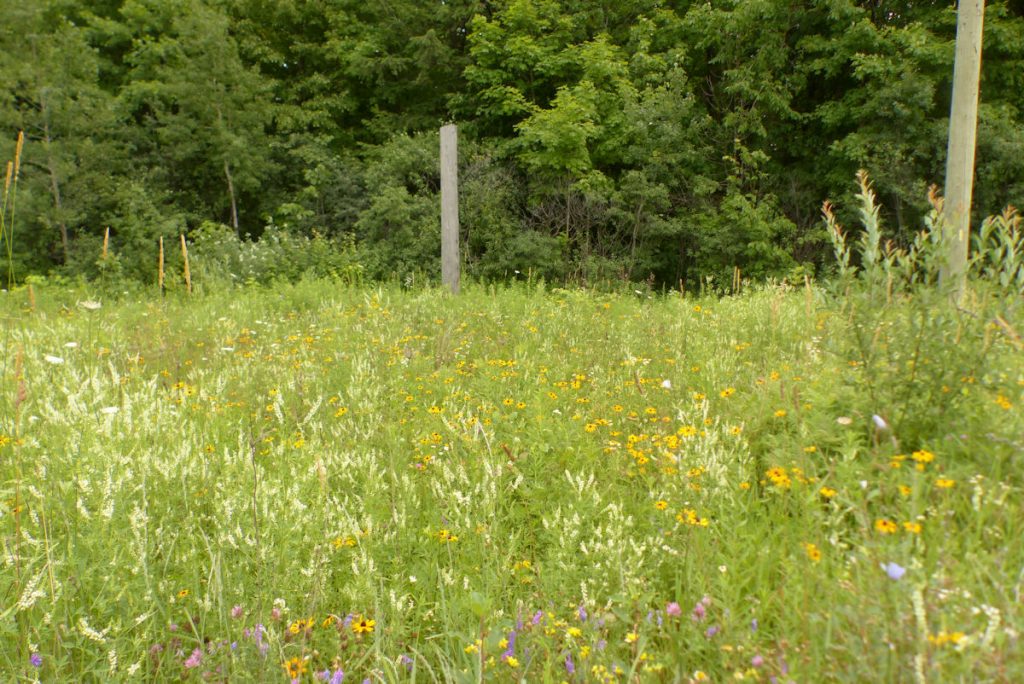 Further away from “civilization” you can find native Black-eyed Susans (Rudbeckia hirta) mixed in with naturalized aliens, such as pink clover, purple vetch, and sweet clover. 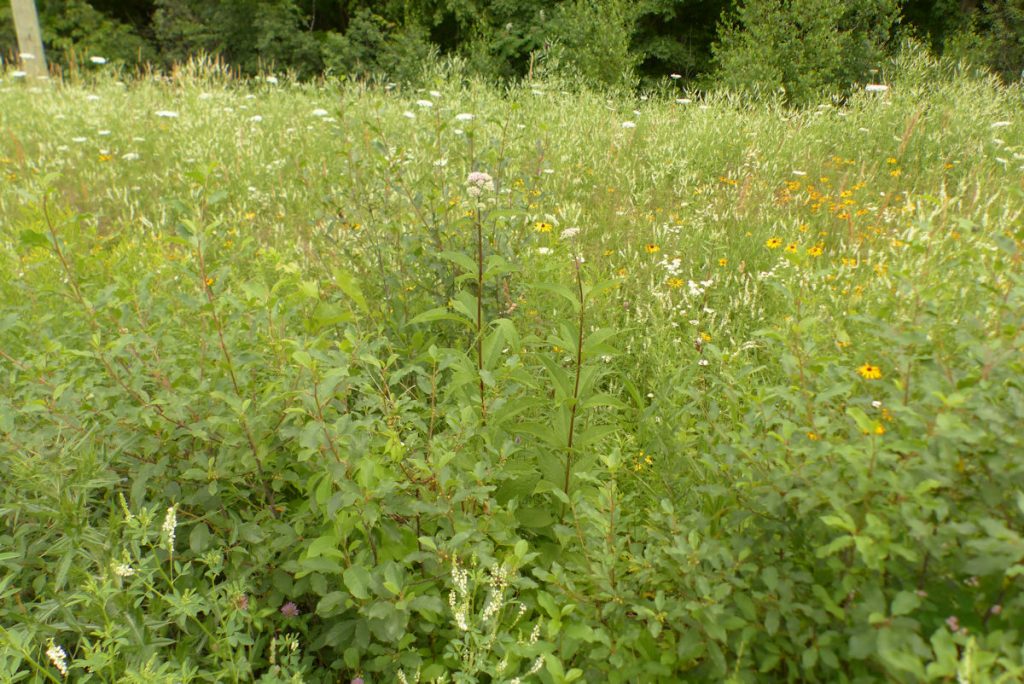 In damper parts of the corridor, I found Joe-Pye Weed (Eupatorium purpureum, centre) and Boneset (Eupatorium perfoliatum, not pictured). 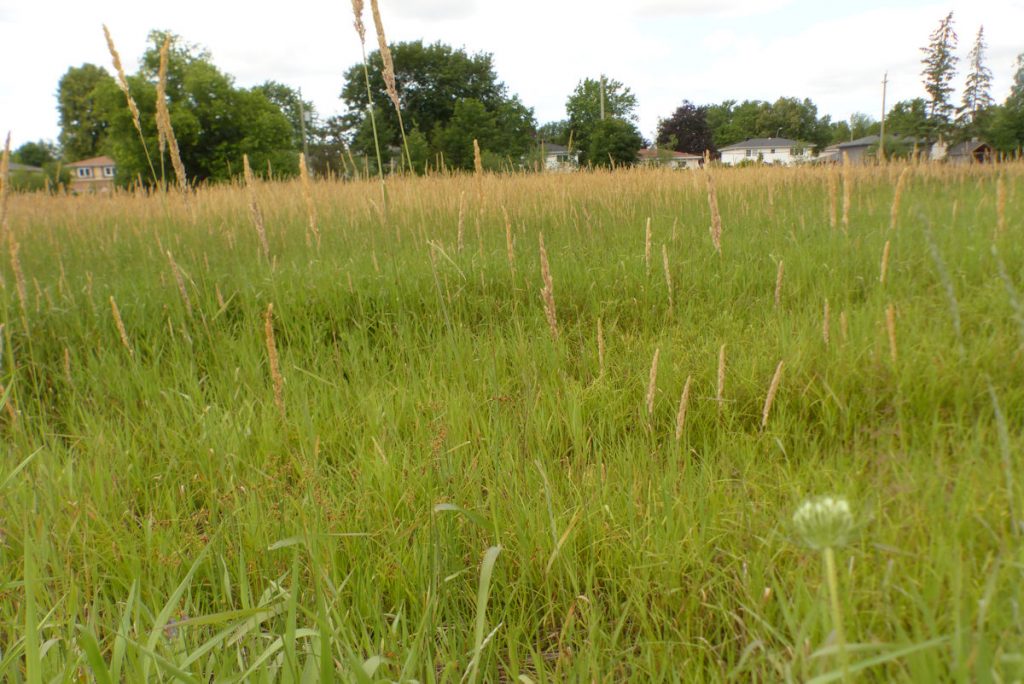 And in very damp areas, sedges replaced wildflowers among the grasses.

The day was cloudy, the temperature about 25 degrees C, so not the best weather for pollinators. However, I was able to find and photograph a variety of insects along the walking trail through the corridor. Flies outnumbered bees, likely because they can fly in less than ideal conditions – some even in light rain. 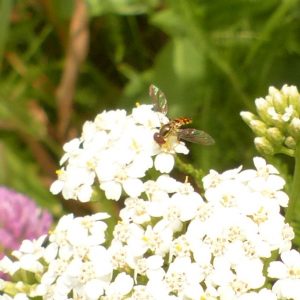 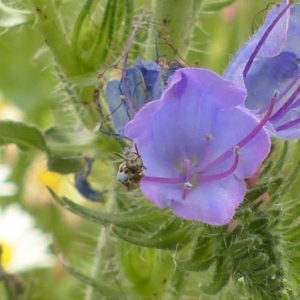 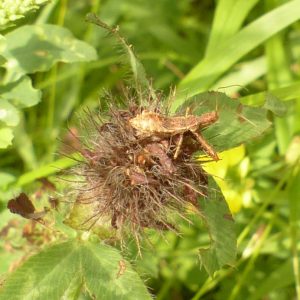 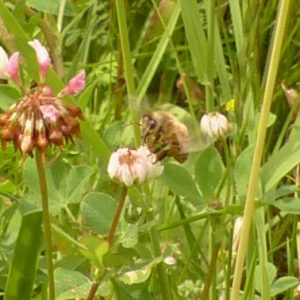 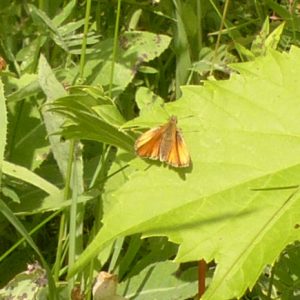 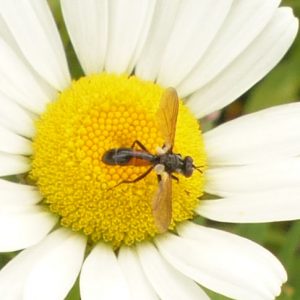 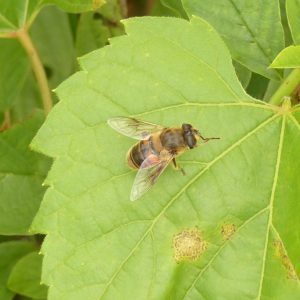 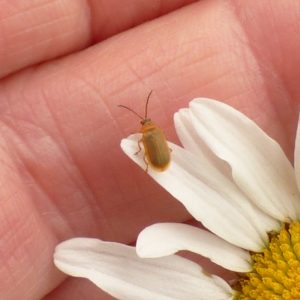 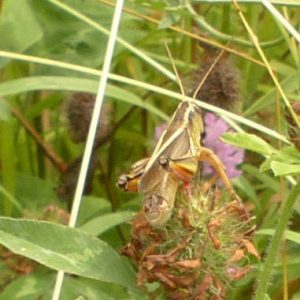 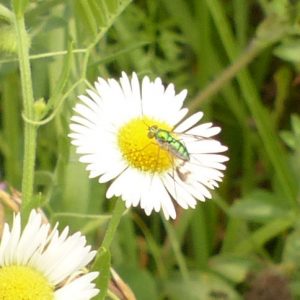 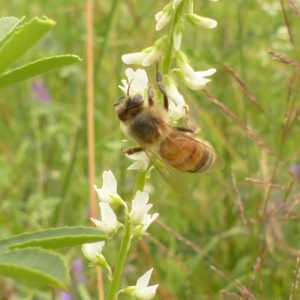 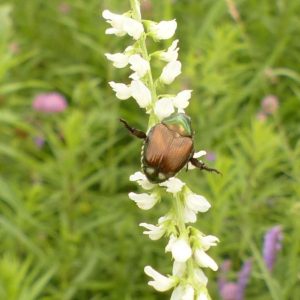 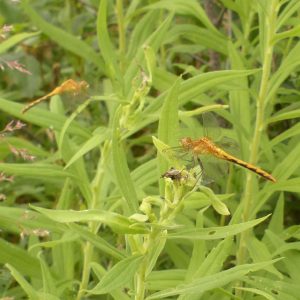 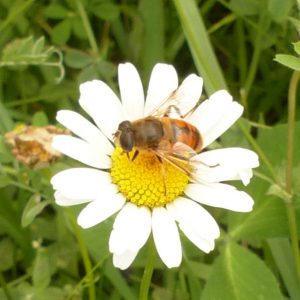 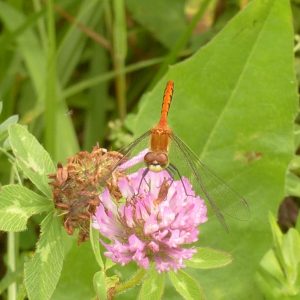 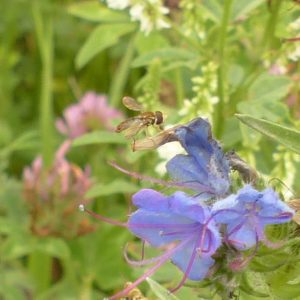