The fab four: beetles in the Corner Pollinator Garden

Please note: This is a very abbreviated version of Berit’s blog post of 29 July 2019. The full version on Berit’s own web site is here: The Fab Four: beetles in the garden

Each year, I notice more diversity in the insects visiting our garden. In particular, this year I am seeing different kinds of beetles, spiders, and moths. Here are four beautiful beetles that I’ve spotted in the garden so far this summer. 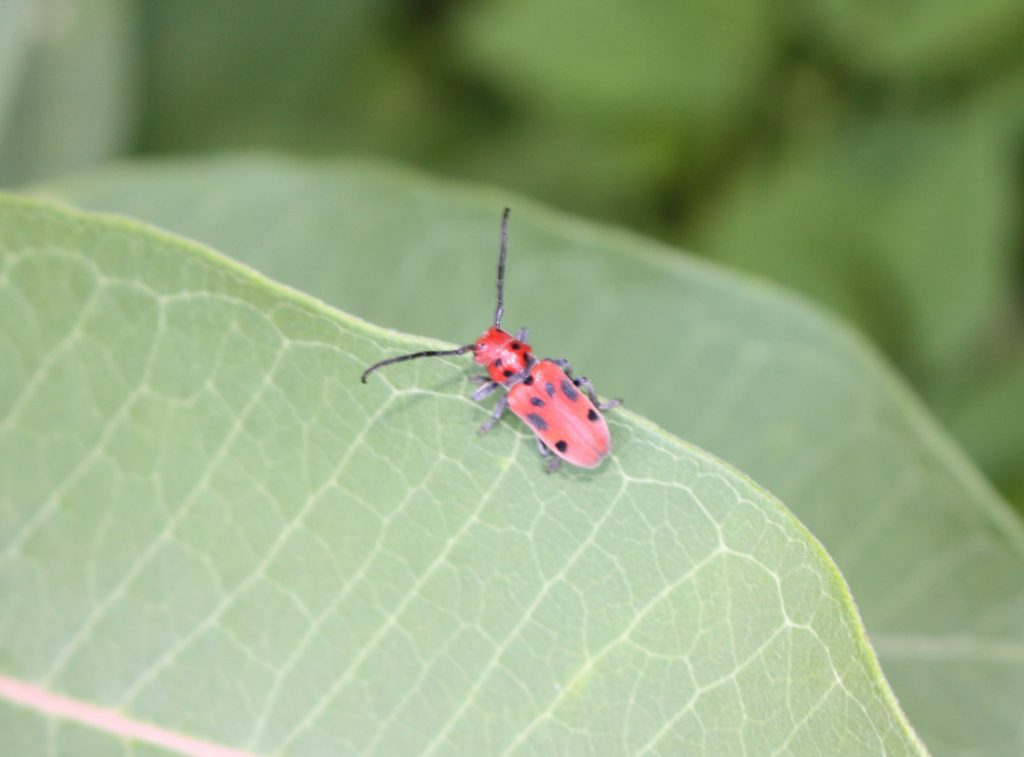 In its various life stages, the Red Milkweed Beetle eats different parts of common milkweed plants — larvae eat the roots, and adults eat leaves, buds, and flowers. Since common milkweed is such a vigorous and spreading plant, the beetles don’t end up causing serious damage. 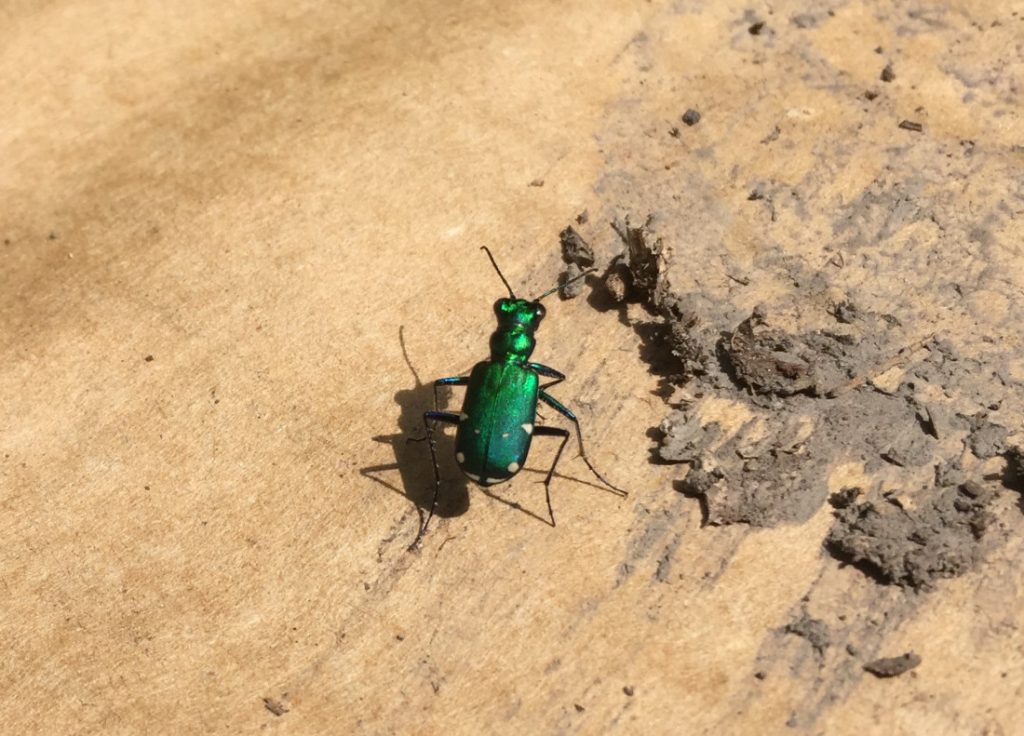 The Six-spotted Tiger Beetle is a voracious predator of spiders, ants, caterpillars, and other arthropods. It is one of the beneficial insects that help prevent other insect populations from getting out of control. 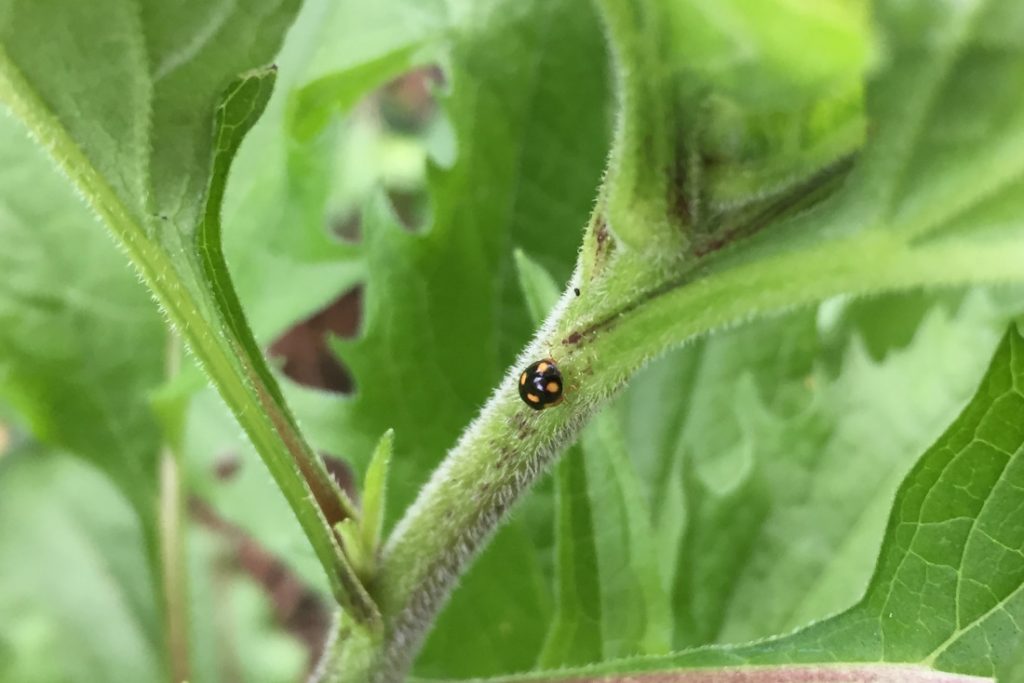 Orange-spotted Lady Beetle – Ladybugs are another one of my garden helpers, eating aphids and other insects feeding on my plants. I even saw a regular red and black ladybug, and a cluster of its orange eggs, on the American highbush cranberry in June. The shrubs were covered in Viburnum Leaf Beetles, so there were a lot of destructive, little larvae for them to eat. 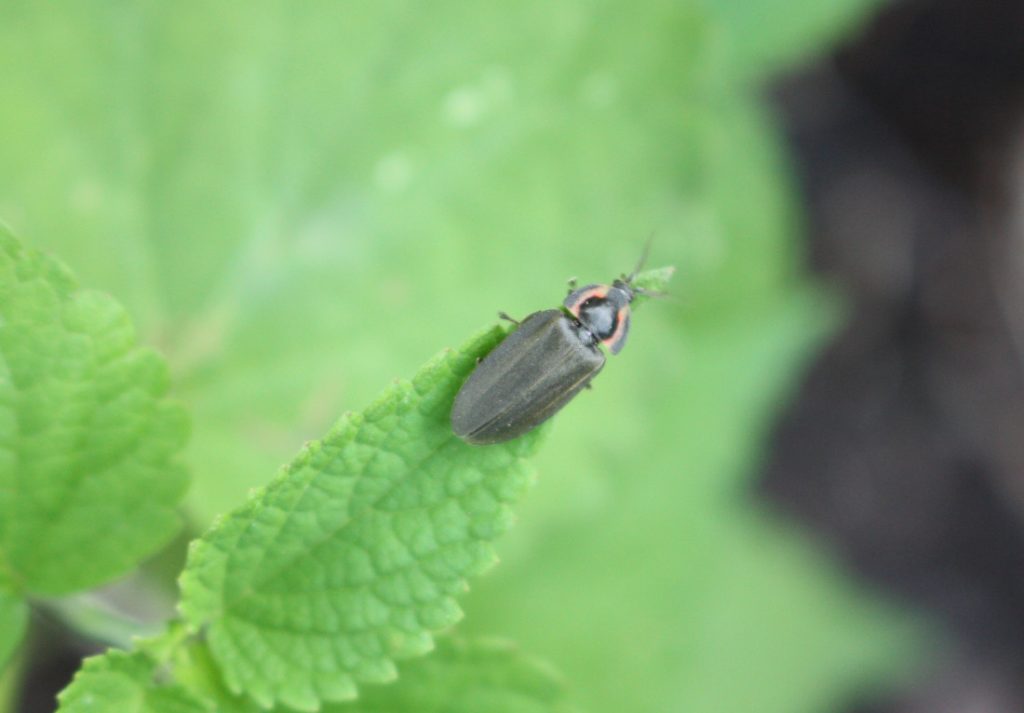 I noticed this unfamiliar beetle systematically walking around an anise hyssop plant. It is actually a type of firefly, a Winter Dark Firefly. Fireflies eat soft-bodied insects, like slugs, snails, worms, and the larvae of other insects. I guess it was hunting for its next meal. I didn’t know that fireflies are active in the daytime, as well as at dusk.