The latter include beds of wildflowers, vegetables, heritage species, and shrubs in various theme plantings, so a great variety, but only a small number of each plant. Does that lead to a wide diversity of pollinators? Would pollinators even find these beds, tucked away in a corner of a mostly paved commercial complex?

Some of the raised beds next to the Horticulture Building at Lansdowne contain native species of perennials and shrubs. 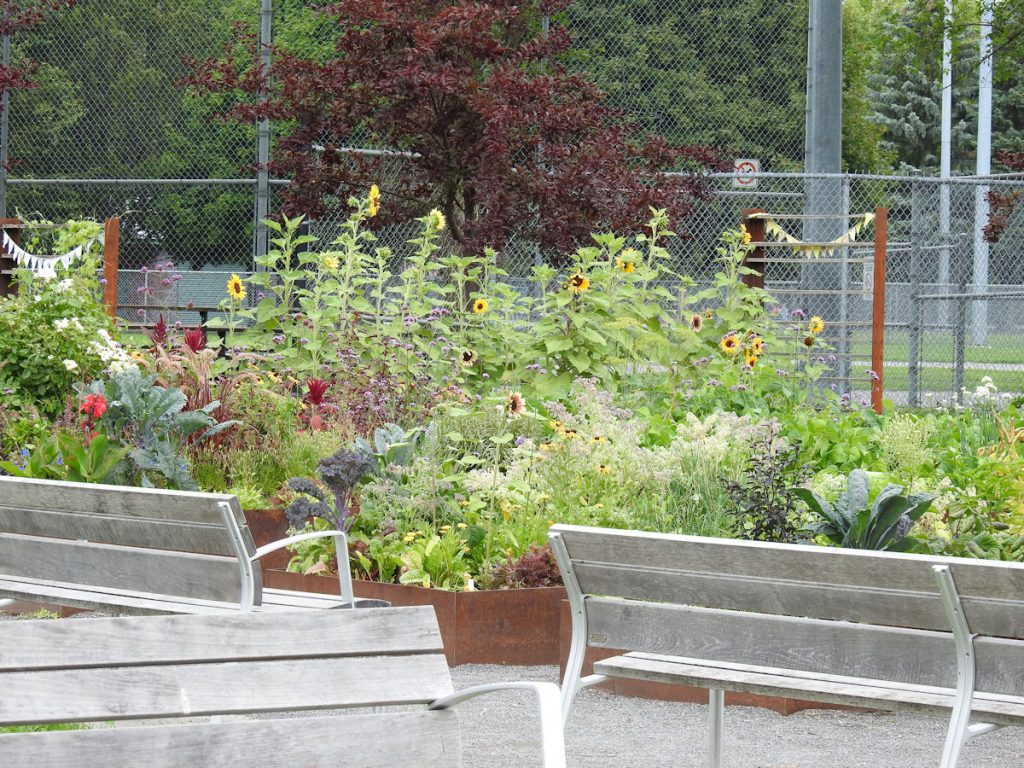 Other beds are filled with vegetables, heritage and other significant varieties, including a Peter Rabbit bed with carrots, cabbages, and chamomile.

Below is a sample of the insects we found. All have been submitted to iNaturalist and its experts have identified some to species.

In addition to the pollinators we photographed, we saw others that were too quick to capture and various numbers of these species. This is just a representative example. We are tabulating all of our data and hope they will reveal something about the various “habitats” we’ve surveyed and the best flowers for pollinators.

Missing from the data form