by Dave Adams, photos by Nancy 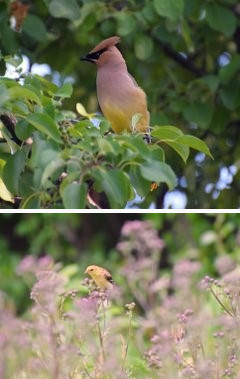 Waxwing (top) and American Goldfinch, two of the many birds that visited the garden this summer.

The first season of the Westboro Beach Community Association-sponsored pollinator garden is coming to a close and the garden is being put to bed for the winter for a nice long sleep. Hoping that it will wake up in the spring ready to smile and bring another season of entertainment and delight to the community.

I would call it a wonderful start to the project. And like all native based garden projects, it is a “long game.” It is great to have some real “zingers” to get people excited about the project, but it is important to invest in plants that will return year after year. The following is my report.

The spring was sufficient with enough rain to get the project going. Transplant shock was NOT an issue except for one white pine. This was too bad because it was a nice specimen that I thought would flourish. I was wrong. July was HELL! It was incredibly hot and dry and I had to go into “survival mode” and keep up with the watering just to keep the young transplants alive. which was my only goal because I knew the conditions were too difficult for them to flourish. August brought rain and the surviving plants came to life and started to really establish. The late summer rains really saved the day. 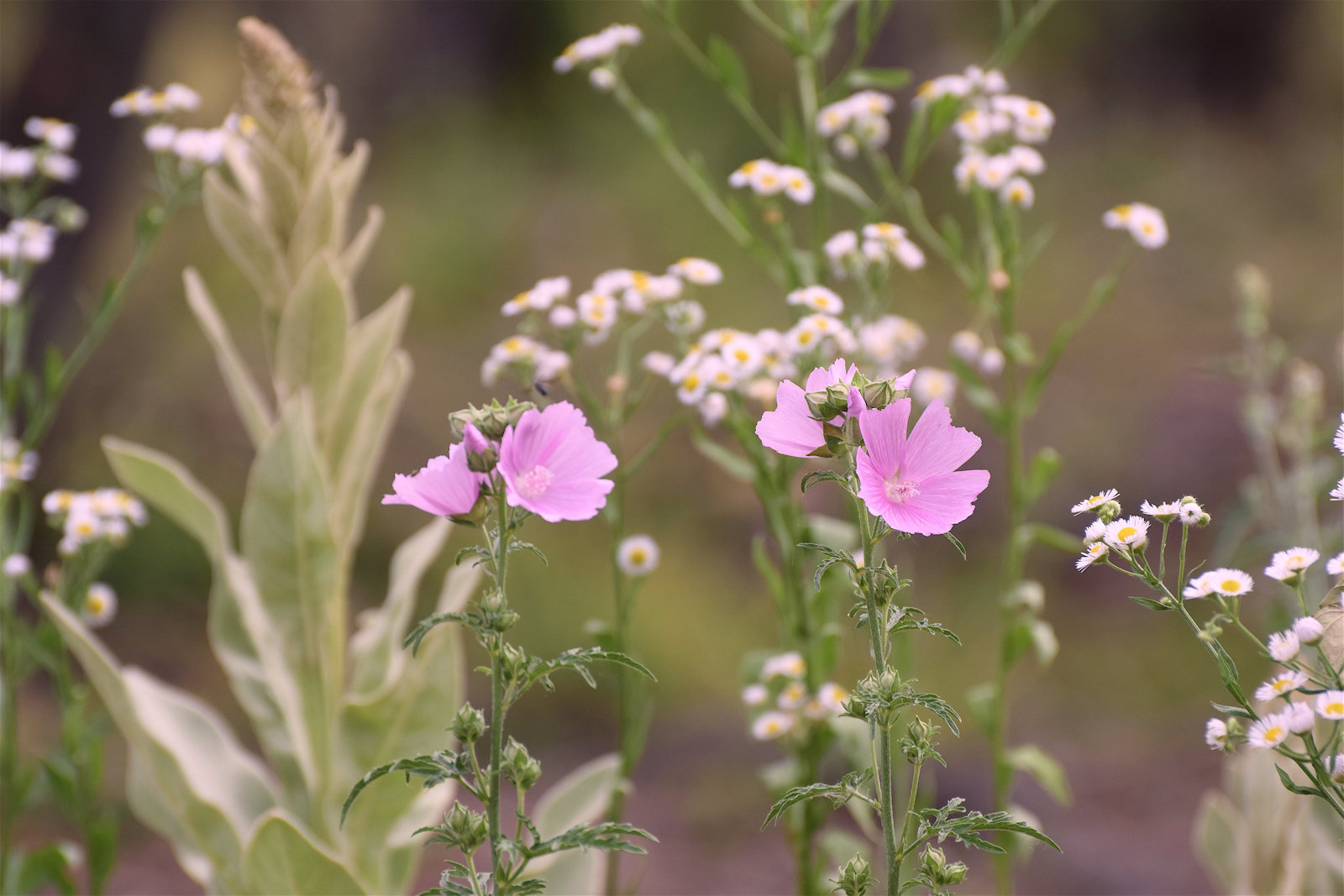 Mallow (pink) with Mullein and Daisy Fleabane in the background.

Invasives were kept in check easily. I typically went in every 3 weeks with the power whipper and cut back any new growth. Camille Tremblay of the NCC recommended I wrap roots in black plastic, but I was a bit reluctant to introduce plastic to the gardens and instead I experimented with cardboard coverings over the worst areas. I got the idea from Ed Lawrence, the garden guy. This worked quite well and it starved the roots of light.

As a long-term plan for dealing with invasive plants, I recommend a combination of cardboard coverage as well and using a root extractor. The value of the root extractor is that it can expose some healthy dirt during the extraction process and be an excellent microsite for planting fresh seed. Here is an example of the tool:  Extractigator. The only problem with this particular tool is that it assumes it is pulling out an existing tree that remains in place. We need to find a tool that can grab the roots alone and pry. 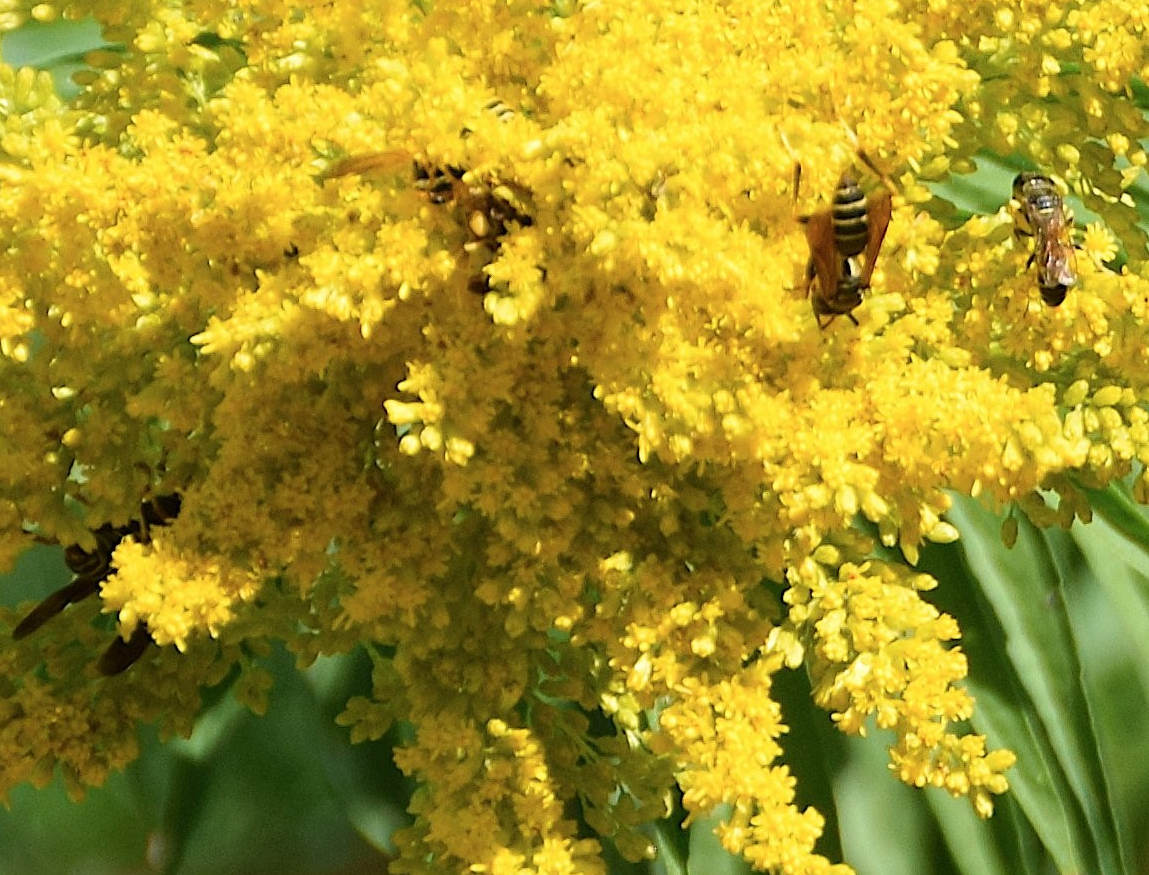 Goldenrod covered in bees and wasps.

Here is a quick summary of each of the plants (both new and old) that live in the pollinator garden. 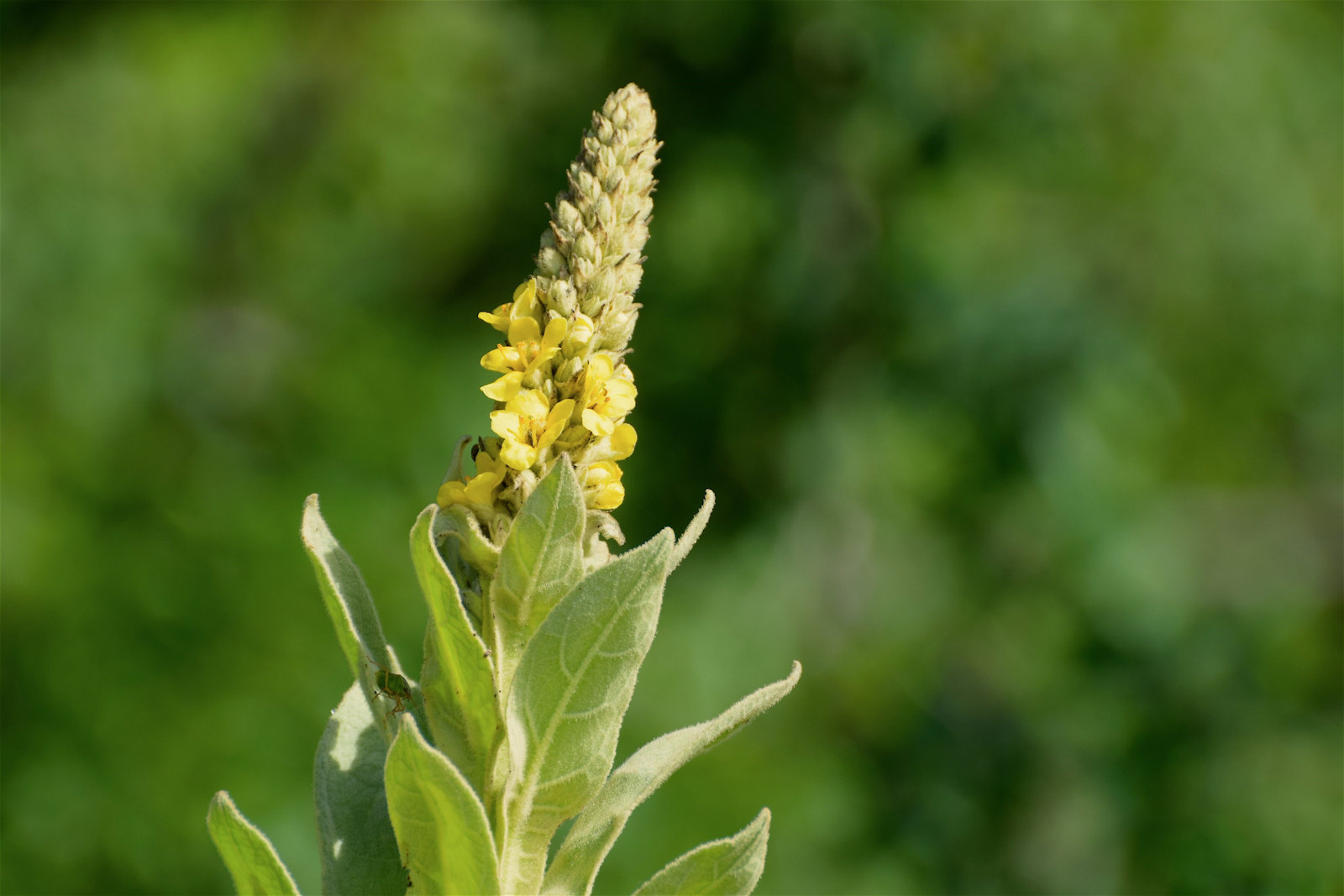 In conclusion,  I think we are off to a wonderful start and this small project has brought a lot of simple joys to many passer-byers. There was very little opposition to cutting down the buckthorn once people understood that it was for a pollinator garden. Selby Plains and Atlantis woods is important to our city and it is the Westboro Beach Community Association’s gift to our community.

A huge thank you to  the Fletcher Wildlife Garden folks who donated the base stock of wonderful plants (especially my favourite Silverweed!). Thank you Sandy Garland.

And we did get some press!!! See Community association works to give back safely and stay engaged.

Nancy from Canada has also documented the garden in pictures.  Thank you Nancy. 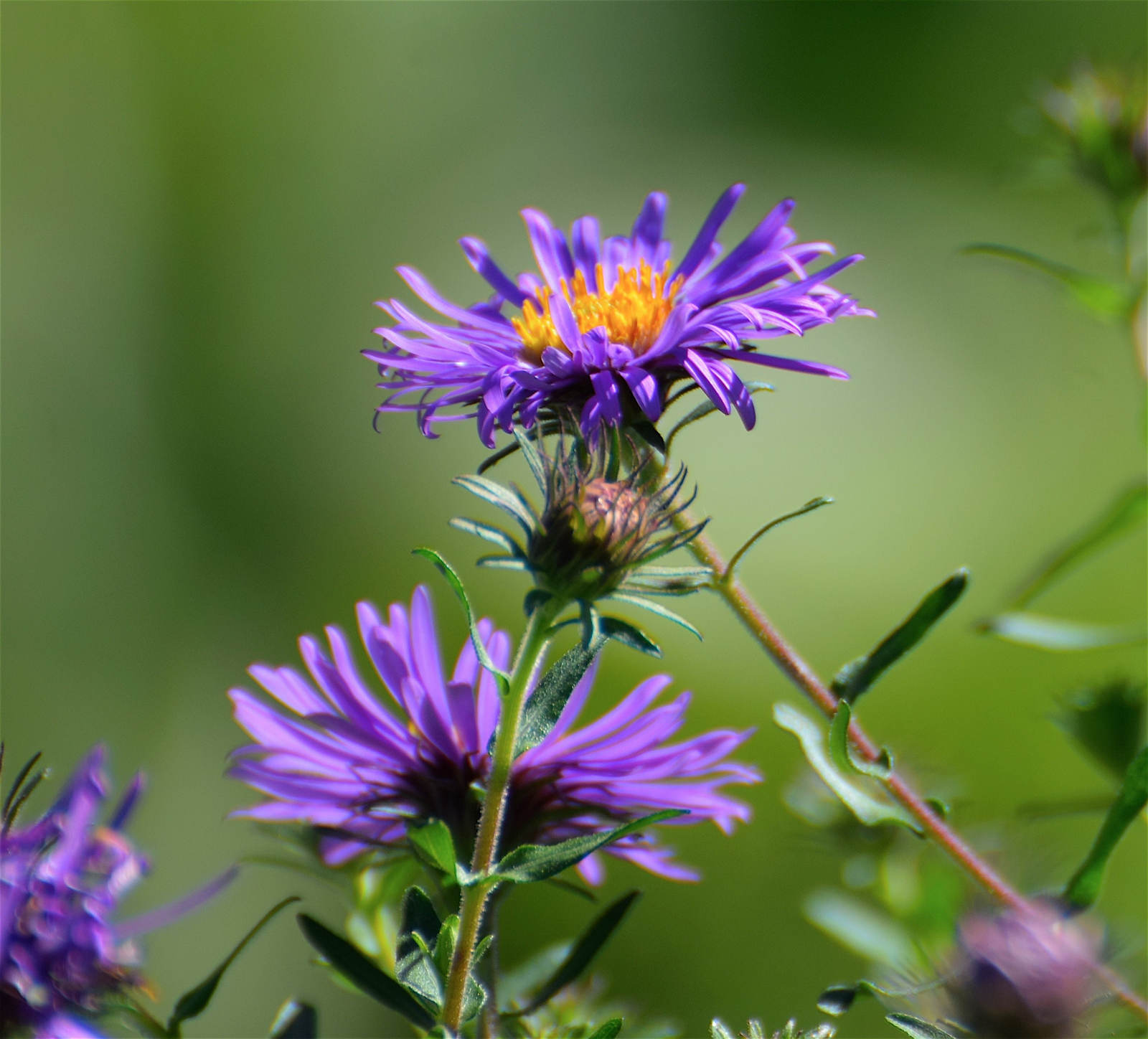 Dave Adams, who lives near the Sir John A. Macdonald (SJAM) Parkway, is the SJAM winter trail manager and head groomer. He also devotes considerable time to removing invasives and planting native species.