In almost the same breath one day in April, two important and loosely related announcements were issued regarding wild bees and agricultural chemicals.

First, a group of Canadian environmental organizations shared news regarding their court case to protect pollinators from destructive neonicotinoid pesticides. They announced that the joint lawsuit involving Canada’s Pest Management Regulatory Agency (PMRA) will proceed to a full hearing (see notice) despite efforts by the federal government and pesticide producers to shut it down. The lawsuit declares that it is unlawful for the agency to register neonicotinoid pesticides for use in Canada without the scientific information necessary to gauge the risk to pollinators. 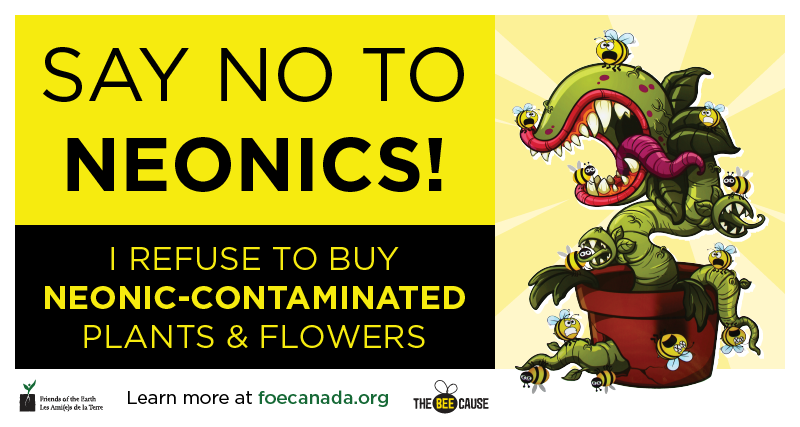 An article released the same day outlines the results of recent research into wild bees and agricultural chemicals. The study, by pollinator researchers in the United States, sought to understand how solitary native bees interact with pesticides. The results illustrate what the PMRA court case is all about: the need to know more about the risks of chemical exposure on a wide range of pollinators before authorizing pesticide use.

The researchers start by setting the contemporary context. They point out that research and media attention has typically concentrated on the Honey Bee, and that pest management regulators typically check the effects of chemicals on that species before authorizing use. 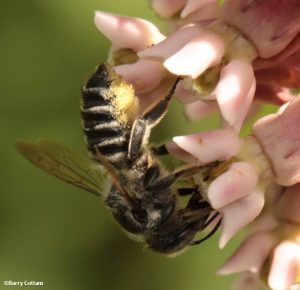 Yet wild bees also face many challenges, including pesticide exposure, and not much is known about their response to agricultural chemicals. Solitary wild bees, who nest mostly in tunnels such as hollow plant stems, holes in wood, and underground burrows, can interact with pesticides in very different ways. And those interactions can occur at various points and periods (some long) during a solitary bee’s life cycle.

The interactions are fascinating, and it is worth looking at the published research article to see the depictions of the interactions, and to read about them in detail. For now, here is an overview:

These various routes of pesticide exposure can have different effects, resulting in consequences that are potentially much higher for solitary bees. One of the researchers, Theresa Pitts-Singer, makes an important distinction between the costs of exposure to Honey Bees and to solitary wild bees. She is quoted in the research summary as saying:

“A nesting season, as well as pollination service, ends for a cavity-nesting bee if she is killed or lost due to pesticide effects, while negative pesticide effects on only some of the worker bees from a honey bee colony would not end the life of the hive nor the complete function of honey bees as pollinators. In this context, the cavity-nesting bees – or any solitary bees – are more vulnerable to negative effects of pesticides.”

The researchers acknowledge that their study is an incomplete assessment of pesticide safety for pollinators, and that it leaves many questions unanswered. They nevertheless identify the pesticides of most concern: those that easily contaminate pollen and nectar, impacting both adult and larval stages, followed by pesticides expressed in leaves and persistent in soils.

About the solitary bees and pesticides study

Renate Sander-Regier has a passion for wild bees. She seeks to encourage them and other native pollinators in different habitat planting projects – at her rural home, the Fletcher Wildlife Garden, the University of Ottawa campus, and more.